Bury St Edmunds, Suffolk (28 August 2017) Peter Pattenden, the Golf Courses and Estates Manager at Carden Park, is the latest groundscare professional to appreciate the benefits of the Ventrac 4500 compact tractor.

Purchased from one of Ventrac’s newest dealers, Cheshire Turf Machinery, the versatile machine was delivered with a selection of accessories including Contour deck, Tough Cut deck, Stump Grinder, Edger, Blower and Power Broom. 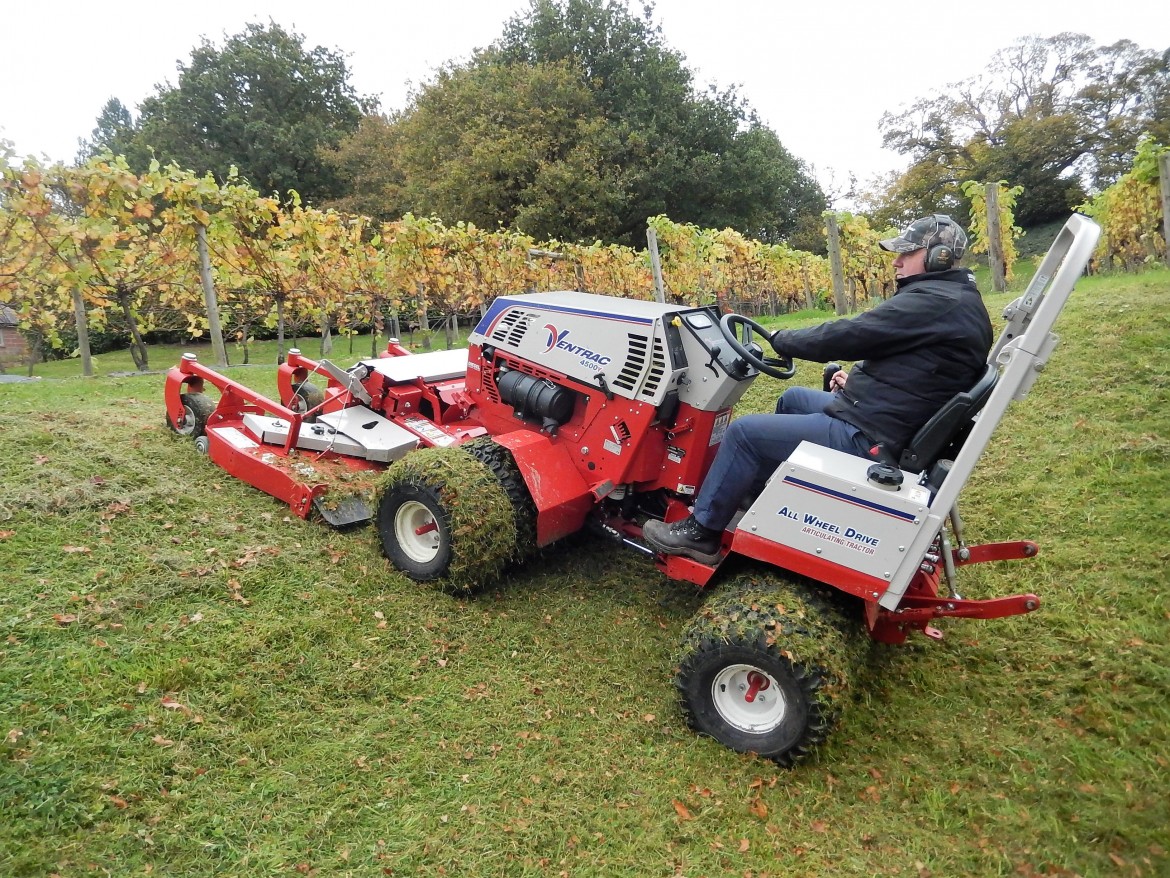 Peter Pattenden is an experienced turf manager having begun his career at Glenaeagles back in 1991, moving on to Bonnyton Golf Club in East Kilbride for three years, before being invited back to Gleneagles by Jimmy Kidd in 1999. In 2006 he moved south to take up his current position at Carden Park.

“I manage a team of 23 staff here and at Carden Hall, which includes one forester, one mechanic, two estate workers, three seasonals, six gardeners, and 10 greenkeepers,” he said. “That might sound a large number of staff to many, but we manage over 1400 acres; 800 acres of Carden Park including the two championship golf courses and a further 600 acres comprising owner Steve Morgan’s house and grounds and the tenant farms dotted around the estate. 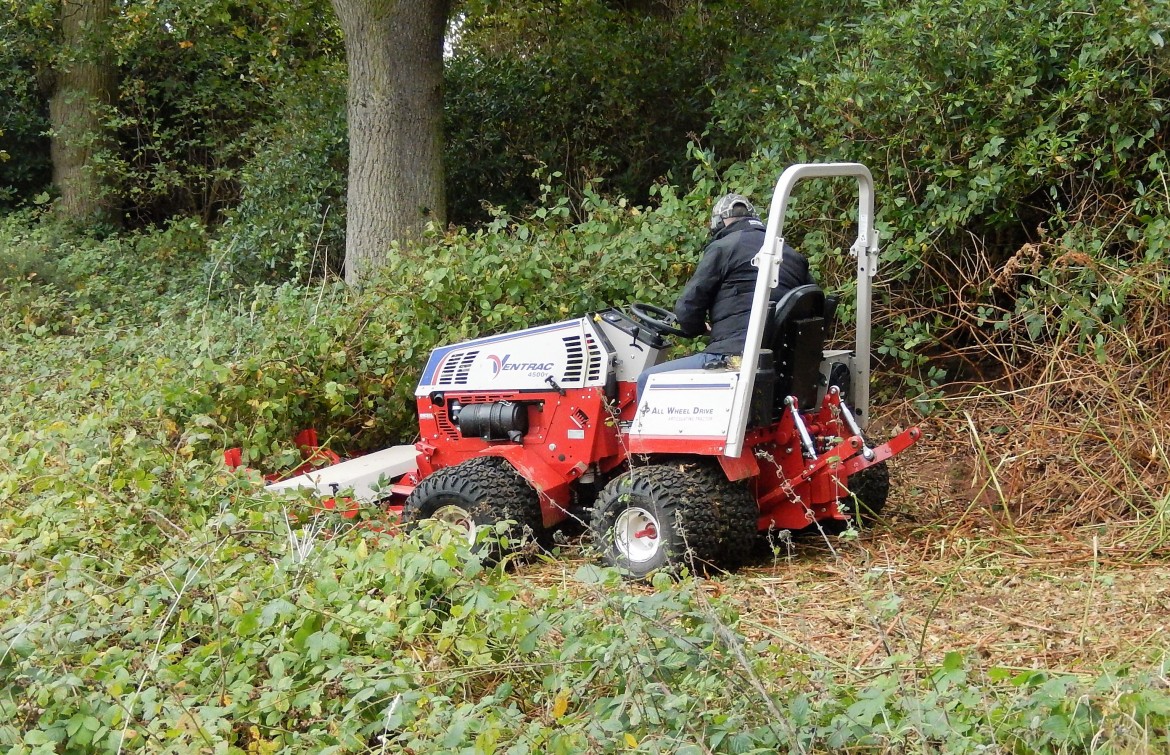 “Every piece of equipment we buy has to earn its keep and this Ventrac certainly falls into this category. I’ve been operating equipment since 1991 and buying machinery since 1996, when I first took up my position at Bonnyton, and I can honestly say this is one of the best machines I have ever bought! Summed up in three words, it’s exceptional, versatile and robust.”

“The Contour deck is great out on the golf courses, especially on sloping tee banks, the Tough Cut deck is superb for land management as it can cut through saplings, bracken and gorse, helping to maintain the areas that consume man-hours and the Edger has saved hours of labour. We have a 1.1 mile drive leading up to the hotel and we can keep this looking pristine all year at a fraction of the time and cost we previously incurred.

“We invested over £400,000 in new cart paths over the past five years and since then we have had a series of storms that have taken down trees, some close by the paths. We can’t send in an excavator to remove the stumps and roots for fear of damaging the paths and that’s where the Stump Grinder has come into its own.

“It’s the perfect size, not too heavy, so we ca use it in the winter months and not too light that it can’t handle the implements. It has uplifted the presentation of the estate in the short time that we’ve had it; it’s simply a no-brainer purchase for any golf course or estate manager.” 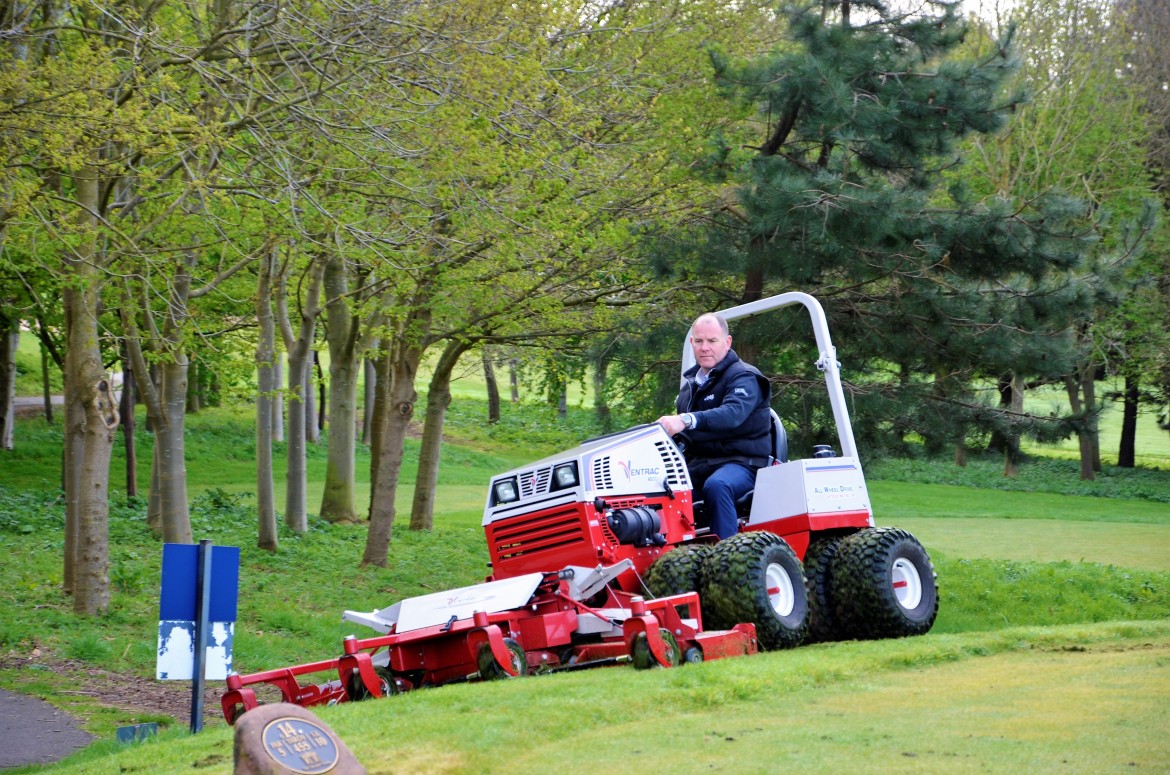 MORE THAN JUST A COMPACT TRACTOR